He dragged England towards the Reformation–or at least towards diminished papal authority in his realm. The names and classes of those whom he executed are listed.

A genealogical table, to get the big picture about dynasty and succession:

The dynastic storyline is not complicated. None of Henry VIII’s children produced an heir or heiress. In his mind he needed to divorce Catherine of Aragon because when she did produce a male heir, he died in infancy. The Pope, however, would not allow this because he had troubles of his own. Henry started his own church.

Here are the key players–many Thomases! 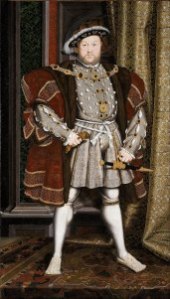 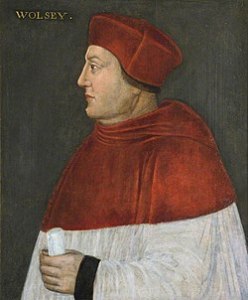 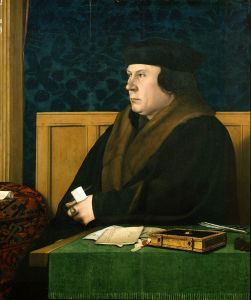 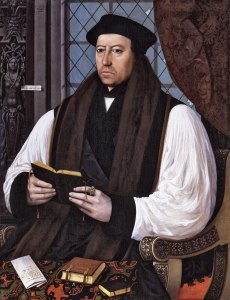 Let’s get into Henry’s religion policies and his relations with his own subjects.

(3) All adult males had to swear an oath to the terms;

(4) Clergy had to subscribe that pope had no greater authority than another foreign bishop and to support the king’s supremacy in the Act;

(5) An oath renouncing papal jurisdiction and supporting supremacy imposed on all officials, lay and ecclesiastical, land owners, holy orders, or degrees at universities

This club, unlike the movie the Fight Club, was deadly serious. These are the people Henry executed.

1513: Edmund de la Pole, a member of the rival family to the Tudors, was taken from the Tower of London and beheaded. His brother Richard had taken up arms against Henry while Richard was in France. This sealed Edmund’s fate.

1517: London leaders of a riot in May were quartered. They had been protesting foreign influence on economics—xenophobia, in other words.

1521 (May): Henry executed the Duke of Buckingham: The duke descended from Edward III; the duke was rowdy and unsubmissive; he believed a prophecy that he would become king; the death of Henry’s son was divine vengeance (all these things are reported of the duke). He was a severe landlord. He and a score of men were brought to the scaffold. Cardinal Thomas Wolsey, a commoner, pushed for the execution.

1529 (29 Nov): Cardinal Wolsey was going to be put on trial and found guilty and probably executed, but he died on his way to trial. It is reasonable to suggest that Henry’s hounding him and moving him around was the main factor in his death.

1534: Elizabeth Barton, a visionary nun, her director Edward Bocking, and four others were hanged at Tyburn. They had opposed Henry’s separation from Catherine and marriage to Anne.

1535: Thomas More, a humanist and devout Catholic, opposed Henry’s divorce and his being head of the (English) Church and wrote against Luther and William Tyndale.

1535 (22 June): Executed: John Fisher; St. John of Rochester, was a Catholic theologian who wrote against Luther and Henry’s divorce from Catherine and the Act of Succession. Pope Paul III made him a cardinal, which infuriated the king. He was canonized by Pius XI in 1936. Richard Reynolds and three Carthusian monks were beheaded for refusing to sign the Act of Succession, at Tyburn on 4 May 1535.

1536 (spring): Anne was beheaded on 19 May; her brother George for adultery with her; Henry Norris; Francis Weston.

1536: During the Pilgrimage of Grace, seventy peasants of Cumberland were hanged. The chief monks of Sawley, one of the religious houses the Pilgrims had reopened, were hanged on long pieces of timber or out of the steeple. 150 other victims, including women who were burned to death, would be executed in London and various places in the north.

6 Oct: William Tyndale lived abroad to translate the New Testament into English. In Antwerp, Belgium, he was betrayed by his friend Henry Philips, was put on trial, and found guilty. He was strangled to death on that date and burned at the stake.

1537: A second wave of the Pilgrimage of Grace broke out, and Henry executed seventeen leaders, including Thomas Aske.

1538 (9 Dec): Beheaded: Key members of the noblemen of the White Rose: Geoffrey Pole (cardinal’s younger brother); his eldest brother Henry; Lord Courtenay; and Sir Edward Neville. 1540: Walter lord Hungerford was charged with unnatural vice and treasonously attempting the king’s death by the use of magic.

1539: Last abbot of Glastonbury Abbey was hanged on Tor Hill.

Same day: John Lambert on the charge of heresy, for denying the Real Presence at Communion.

30 July: Burned at the stake: Robert Barnes, William Jerome, and Thomas Garret, on charges of heresy.

30 July: Catholic priests Edward Powell, Richard Fetherstone, and Thomas Abel, the latter writing a book and being an “able” defender of Catherine, for which he suffered a long imprisonment, were executed.

1541: An elder Pole, Lady Margaret Pole, countess of Salisbury, was beheaded on a charge of conspiracy.

1542 (Feb): Sir Thomas Culpepper and Francis Dereham were executed for adultery with Catherine Howard, the king’s fifth wife. On 13 Feb Catherine the queen and her lady-in-waiting Lady Rochford were beheaded on Tower Green.

Stephen Gardiner elevated his nephew Germayne Gardiner to be his secretary. He was executed for upholding papal supremacy.

1546 (16 July): Anne Askew, an outspoken Protestant and noblewoman, was tortured and burned at the stake, pushed along by the Conservatives (Catholic leaning).

1546: (autumn): Henry Howard, earl of Surry and son of the duke of Norfolk, was executed for treason—he bragged about his Plantagenet blood (he descended from Edward III) and declared that when Henry died, his father would be most suitable to rule Prince Edward. He said he planned to kill the council, depose the king, and seize the young prince. Worst of all, he quartered his own arms with those of Edward the Confessor (king from 1042-1066). That’s high treason. The duke of Norfolk was almost executed because of treason (he was questioned about a secret cipher and about his support for the Royal Supremacy), but Henry died in the nick of time, so the duke was saved, but he was kept in prison during Edward’s reign.

From 1536 onwards: The dissolution of hundreds (one historian says over a thousand) of religious houses, like friaries, abbeys, monasteries, shrines and so on led to the executions of many of the prelates and priests and abbots and monks who supervised those institutions.

He killed two of his wives and mistreated Catherine of Aragon so badly that he probably hurried along her demise.

Mary: 300 in five years, while she had the support of neighboring nation-states;

Elizabeth: 200 in forty-five years and only four for heresy (Anabaptists). The other executions were done for challenging her right to rule in a heated context of assassination attempts and plots and international opposition to the point of five Spanish Armadas.

On the dust jacket to Judith John’s book, the editor says that the executions numbered 57,000 to 72,000 during Henry’s thirty-eight-year reign. But so far I have never read this huge number in other historians. Maybe the editor should have written they were “executed or displaced or exiled” from the friaries, abbeys, shrines, monasteries and recusant churches.

For a summary and a report on his passing, please click on Henry VIII, Part 5: Personal Life.

(Jane Grey, Queen of Nine Days: she was not a Tudor)

Elizabeth I, Part 3: The Coronation

Elizabeth I, Part 7: Her Male Favorites

Elizabeth I, Part 8: Summary and Death

G.. W. Bernard, The King’s Reformation: Henry VIII and the Remaking of the English Church (Yale UP, 2005).

G.. J. Meyer, The Tudors: The Most Complete Story of England’s Most Notorious Dynasty (Bantam, 2011).